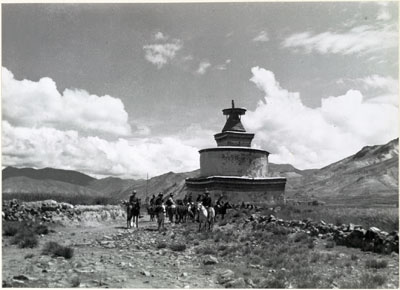 A chorten near Gyantse. Members of the Mission party can be seen on horseback riding past the structure