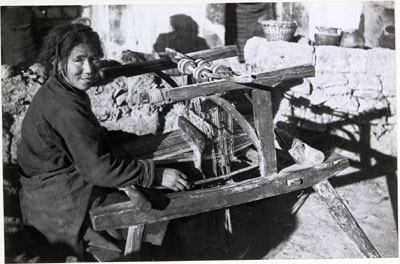 A weaver seated at a loom in a courtyard in Lhasa. This photograph was probably taken in Mondo's house