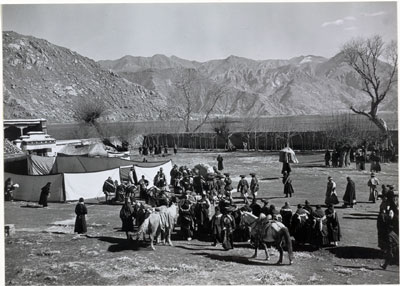 The Regent's entourage at Shingdonka upon his return from his tour to Samye in November 1936. The ornate tent in which he greeted officials can be seen on the left of the image