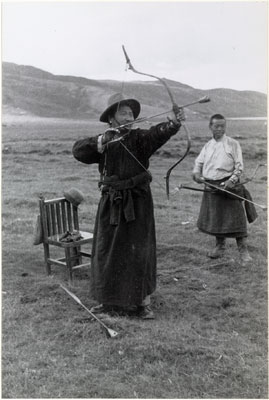 An archer practising at Nagartse

Other Information - Setting: The setting for this image has been established by cross-referencing it with the photographer Philip Neame's handlist. It was evidently taken when he returned from Lhasa rather than en route to the Tibetan capital [see Same Image As] [MS 24/08/2006]