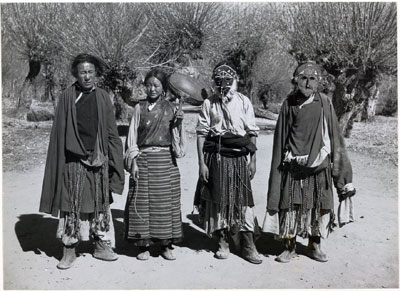 Group of four Khampa dancers. These dancers are likely to be performing by invitation in the grounds of the British Mission residence in the Dekyi Lingka.