Monks in the Potala 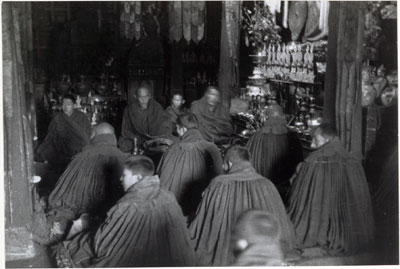 Other Information - Album: This photograph appears alongside three others of the various activities in which monks participated in and around Lhasa on page 35 of the album [MS 24/08/2006]

Other Information - Setting: The location of the Potala has been identified from the handlist of negatives drawn up by Philip Neame [see Same Image As] [MS 24/08/2006]