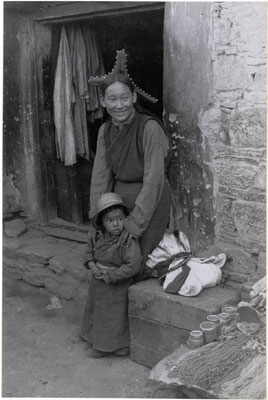 Other Information - Dates: This was taken during August - September 1936 when Philip Neame was in Lhasa. He was evidently accompanied by Evan Nepean when this photograph was taken as an almost identical image appears in Nepean's collection [see 2001.35.186.1] [MS 24/08/2006]