The British Mission arrives in Lhasa 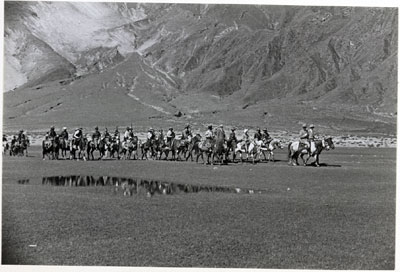 The British Mission party arriving in Lhasa in August 1936 being escorted into the city by an official reception party, which met them a couple of miles outside