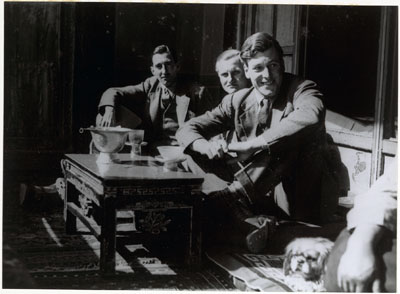 Hugh Richardson, Sidney Dagg and Frederick Spencer Chapman seated behind a low table with vessels on it and a small dog lying on the floor between them and another unidentified man. The location of this image may be the Dekyi Lingka, but this is not certain