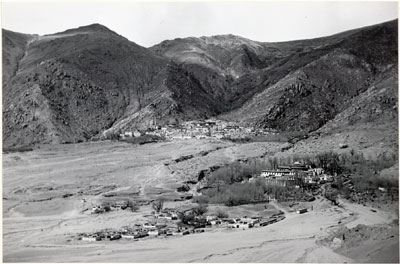 Notes on print/mount - 'Drepung and Nechung' has been written under the photograph in the album in pencil. The image also has an asterisk placed next to it [MS 25/08/2006]

Other Information - Album: This photograph appears with three others of the main monasteries outside Lhasa on page 20 of the Album [MS 25/08/2006]