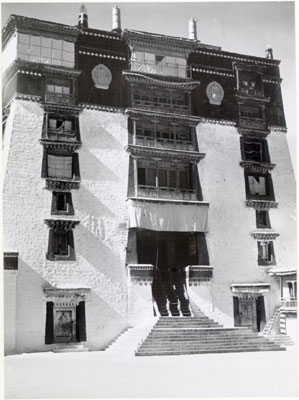 Stairs leading into the Eastern Courtyard or Deyang Shar of the Potala, where some of the most important ceremonies of the Tibetan ritual year took place

Notes on print/mount - '2. Court of Potala' has been written beneath the image in the album in pencil, apparently not by Hugh Richardson [MS 10/06/2006]