Sandy plain west of Lhasa with the Potala in distance 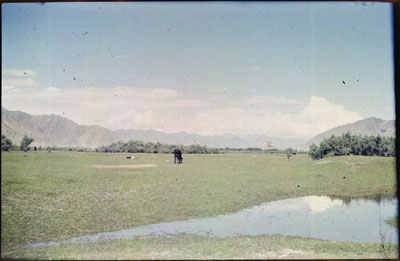 A sandy plain west of Lhasa. The Potala is just visible in the distance. There is a cow grazing in the centre of the image.