Potalain in distance across the Lhasa plain 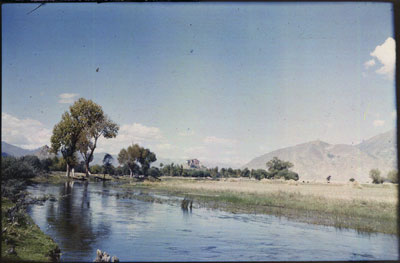 View of the distant Potala, across the Lhasa plain. The photograph was taken from a spot just northwest of Norbulingka. There is a tributary of the Kyichu river in the foreground