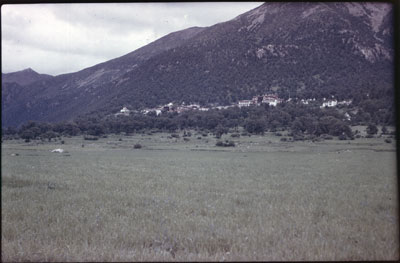 Reting monastery with grassy fields in the foreground and trees around the monastery.