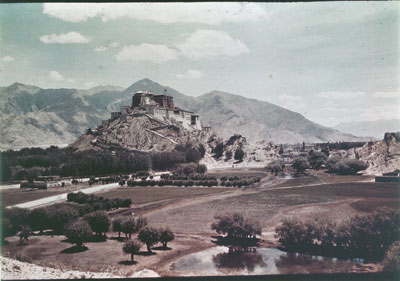 Lhasa > Potala (from the south west)

The Potala with fields, trees and river in the foreground taken from the south west.