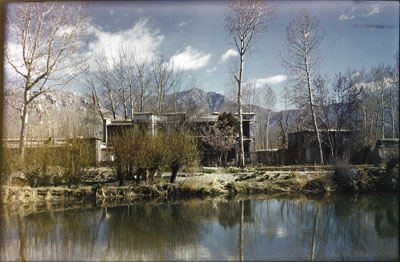 Dekyi Lingka in late winter. The building is surrounded by trees and the Menchu stream flows in the foreground.