Three Yaso maids of honour on roof of Tethong house 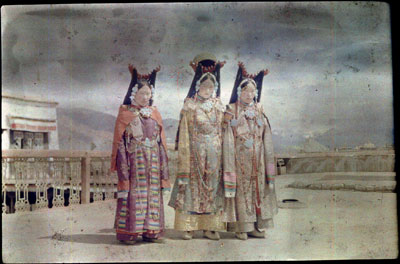