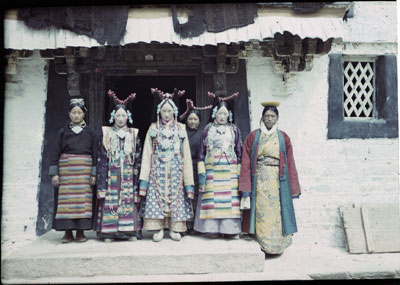 Three Yaso maids of honour in ceremonial dress and headdress standing at the top of a flight of stairs leading into a house. There are two female servants behind them and a male servant on the right.