Chinese lion guarding one of the Norbu Lingka palaces 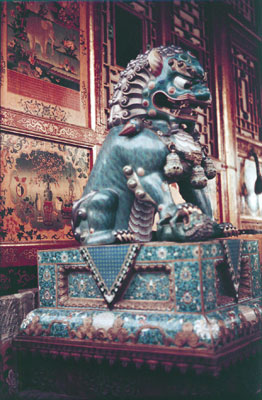 A Chinese lion guarding the entrance to one of the Norbu Lingka palaces. It is ornately carved and resting on a decorated pedestal. Behind it there are fine wall paintings.