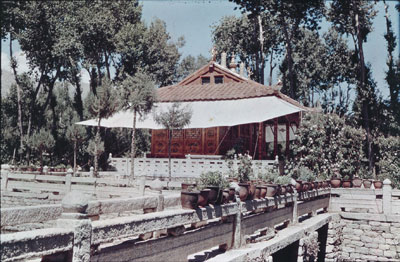 A pavilion in the Norbu Lingka, "Jewel Park". There are textile awnings attached to the roof. It is surrounded by trees and there is a stone bridge in the foreground with flower pots ranged on the side.