Kesang Podrang, the main palace in the Norbu Lingka 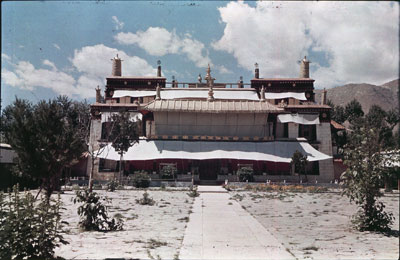 Kesang Podrang, the main palace in the Norbu Lingka "Jewel Park". There is a path leading up to it and shrubs and plants in the garden surrounding it.