Potala from the south west in winter 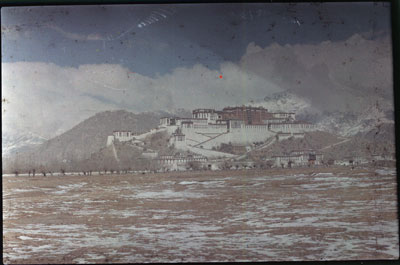 The Potala from the south west in winter. There is snow on the ground and on the mountains in the background.