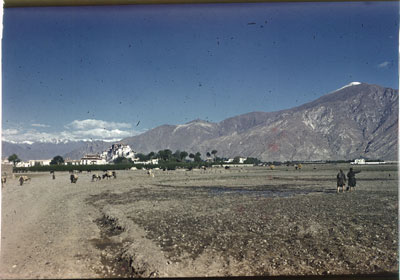 Potala from the east with snow on surrounding mountains. There are pack animals on the left and people in a field on the right.