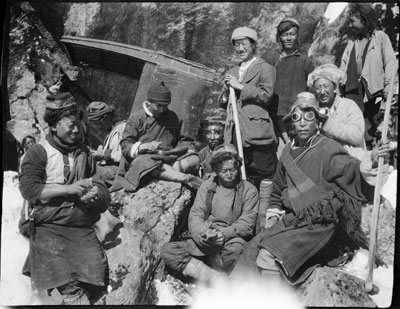 Other Information - Description: [Extract from taped interview, Richard Blurton and Mrs Hopkinson] '31, 32, 33, 34 and 35 - coolies in the snow, taking the cars over the Natu La. Two show the coolies having lunch, while two others show a long line of coolies tramping out a route' [MS 29/07/2006]