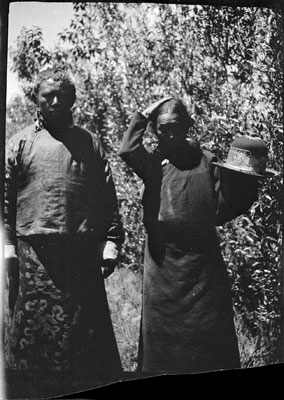 The monk official who acted as Dorje Pamo's doctor standing alone in a garden, holding his brocade hat in his left hand. Dorje Pamo was the highest female incarnation lama in Tibet. Although Hopkinson does not comment fully upon his relationship with this man, by June 1927 he referred to him as "my old friend" [see Notes]