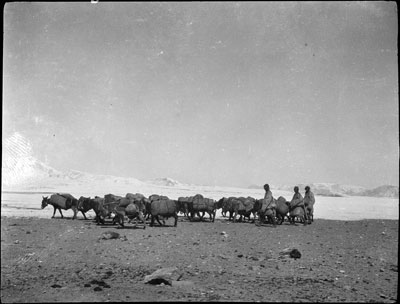 Notes on print/mount - One contact print made from this negative is contained in A. J. Hopkinson's negative case with the negative. The caption 'A typical scene on the Phari plain Tsogos nr. Phari Tsogo Donkey men (from the country near Everest). They were carrying a drug for export to China (via Calcutta)' has been written on the back of the print in pencil [MS 14/07/2006]