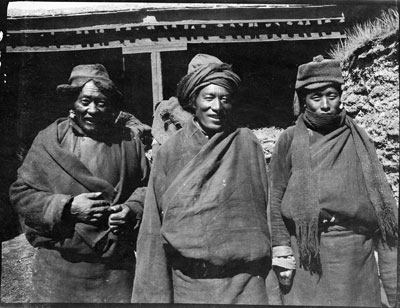 Three men whom A. J. Hopkinson describes as being 'A Khamba, Sangba and Uwa' respectively, all wearing different head-gear. The man on the left has an ear ornament in his right ear, the man in the centre wears a turban-like head-dress and the man on the right is wearing a knotted woollen scarf. The joist of a building can be seen in the background