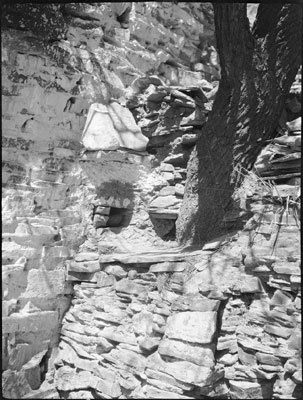 A part of Nyangto Kyipuk Hermitage, 12 miles from Gyantse on the road to Shigatse

Notes on print/mount - One contact print made from this negative is contained in A. J. Hopkinson's negative case with the negative. The print was made using Velox paper. The references 'A. J. Hopkinson' and 'd.40' have been written on the back of the print in pencil [MS 15/07/2006]