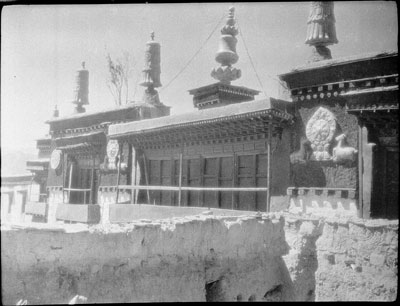 Notes on print/mount - One contact print made from this negative is contained in A. J. Hopkinson's negative case with the negative. The caption "Palkor Choden - Typical Architecture' has been written on the back of the print in pencil, as has the reference 'D27' and another indecipherable inscription [MS 15/07/2006]