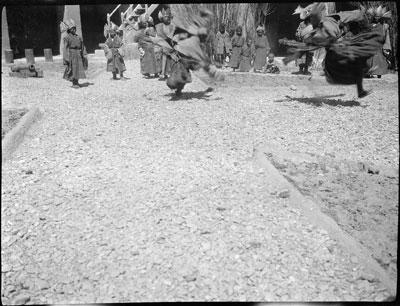 A group of masked dancers performing at the Fort where officers associated with the British Trade Agency resided. The photograph has been taken while the dancers are in the midst of performing, their long sleeves and jackets swirling out to great effect