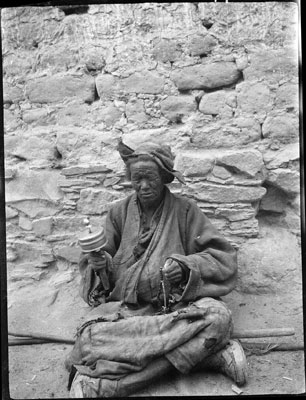 An old woman seated in front of a wall, apparently in Gyantse bazaar according to Hopkinson's notes. She is spinning a prayer wheel and holding rosary beads