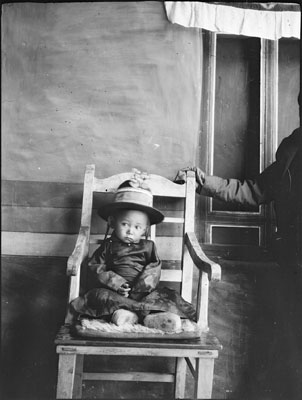 Dorje Pamo's nephew, sitting by himself on a chair but with the arm of an attendant monk entering the frame from the right, photographed at Nyenying Monastery. A. J. Hopkinson visited Dorje Phamo in June 1927 with Mlle Lafugie, a French traveller who stayed for some time in Gyantse and whom Hopkinson assisted.