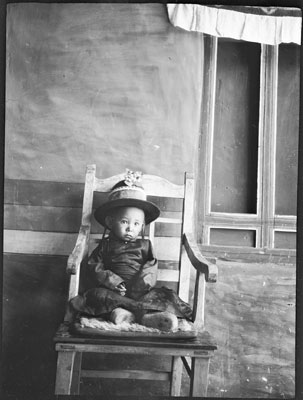 Dorje Pamo's nephew, sitting by himself on a chair, photographed at Nyenying Monastery. A. J. Hopkinson visited Dorje Phamo in June 1927 with Mlle Lafugie, a French traveller who stayed for some time in Gyantse and whom Hopkinson assisted.