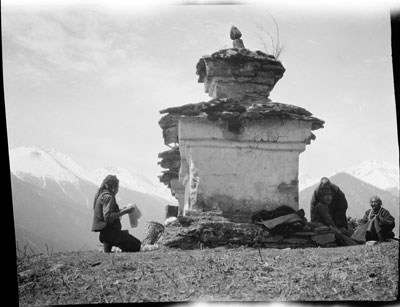 A large chorten outside Kargyu in the Chumbi Valley close to Yatung. The man on the left, a nyingmapa monk because of his long hair, is reading from a religious text and has a large number of votive offerings or tsatsa placed around him next to an empty basket. A monk and an elderly man and woman are seated on the other side of the chorten