A shrine in Gyantse dzong lhakhang 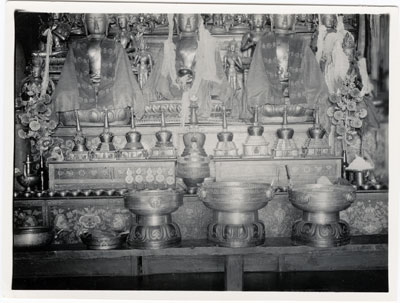 A shrine in Gyantse Dzong lhakhang with butter lamps placed in front of the images. Hopkinson took this photograph on the afternoon of March 14th 1927 when he went to repay the calls of the two Dzongpon who had visited him previously