Cairn at top of Natu La 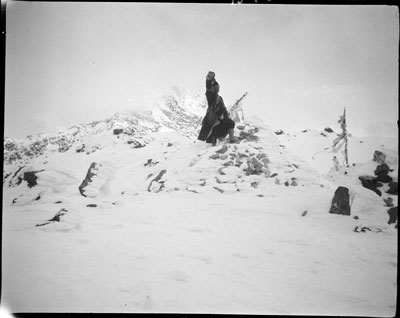 In Negative - The negative has been cut very crudely, especially down the right hand edge of the image. 'B-17' has been written across the top in blue-black ink [MS 29/06/2006]