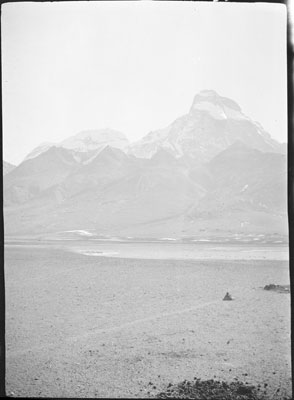 A view of Chomolhari as seen from Phari. Chomolhari wrote often in his journals and letters about what an impressive sight Chomolhari was when seen from the Phari plain