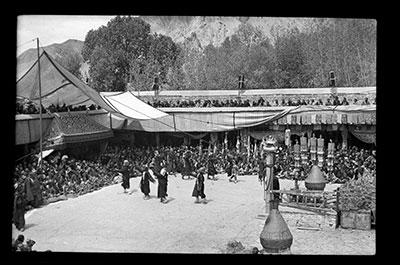 Ging (skeleton) dancers at the Lhadur (lha bsdur) festival at Nechung monastery held on the 8th day of the fifth Tibetan month every twelve years . There are spectators on the ground and on the surrounding rooftops over which awnings are draped.