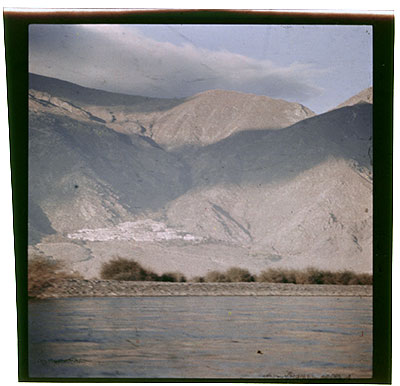 Settlement of Drepung at base of mountain. River in foreground.

Clare Harris 2003: Drepung was founded in 1416 by Jamyang Choje Tashi Palden (1397-1449) and named after the abode of Shridhanyakata in south India. It was the largest monastery in the world, inhabited by approximately 9000 monks of the Geluk sect, and was closely associated with the Dalai Lama lineage.