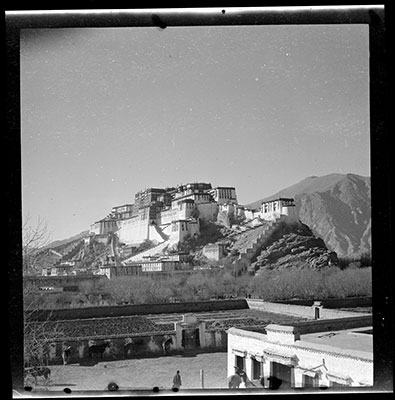 The Potala from the south. There are stables at the base of the hill.