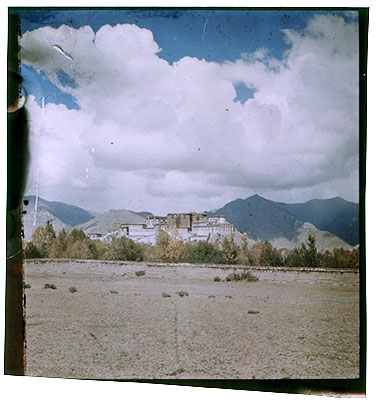 The Potala from the south with a wall across the centre of the image.