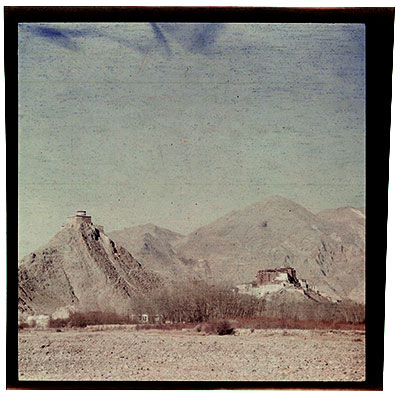 Potala (on right) and Chakpori (on left) of the image.