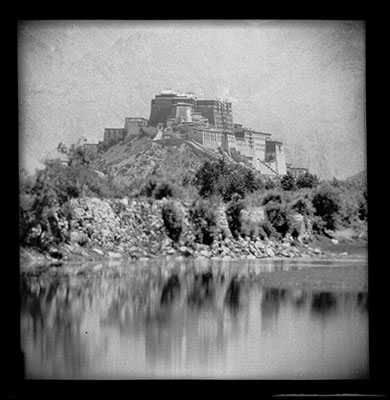 The Potala from the southwest taken with a telephoto lens. The Kyichu river is in the foreground.