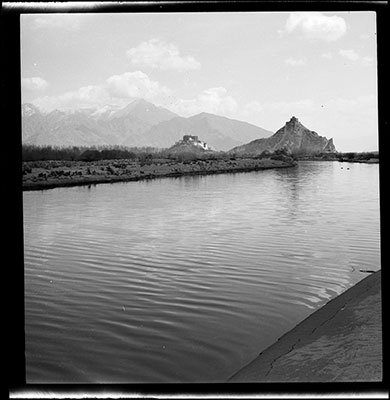 The Potala and Chakpori from the west. The river Kyichu or an irrigation canal is in the foreground.