Potala from the south taken with a telephoto lens 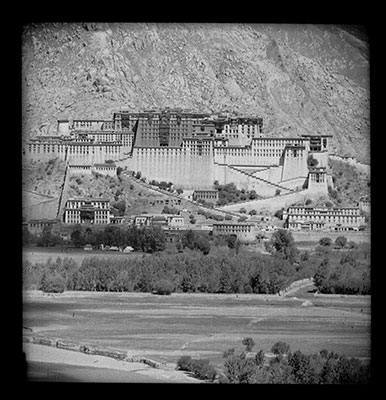 The Potala from the south taken with a telephoto lens. Trees at base of hill.