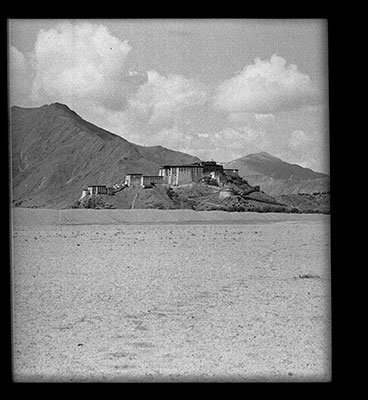 The Potala from the north. There is a sandy plain in the foreground.