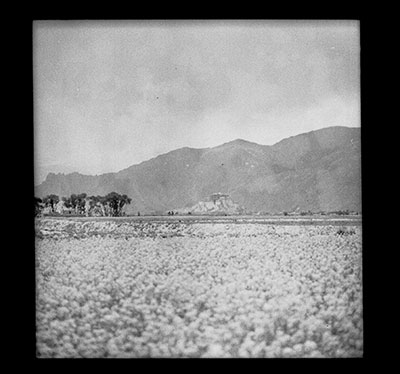 The Potala from the east with a field of flowers in the foreground. There is a building surrounded by trees on the left of the image.