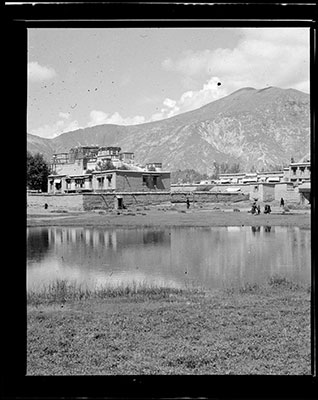 The Potala from the south with houses and a large pond in the foreground.