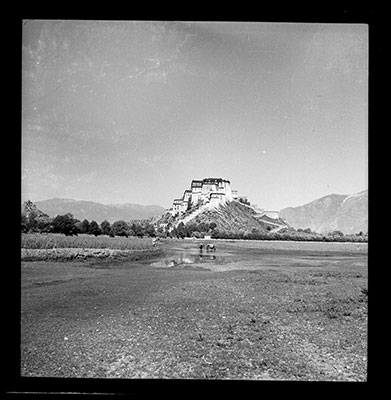 View of Potala from the south east. Chakpori may be seen on the far left of the image. There are horses drinking water in the centre and a field on the left with a track running around it.