Group including Major Bista posing for a photograph 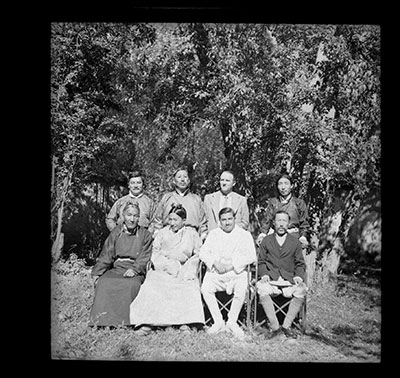